Yoga is not just a physical practice – it is a deeply spiritual one where one connects with the Self."

In early 2020 we introduced a special new addition to our teaching team. Sumit Manav is both a highly experienced teacher and current director of the Dubai-based brand, Lifestyle Yoga. Originally from Uttar Pradesh, Sumit moved to the Himalayas at the age of 18, where he studied under his guru, Shreeram Sharma Acharya. During his four-years of intense training, he interacted with mystics and it was this experience that brought him closer to understanding the physiology and psychology of the human body.

In 2005, Sumit earned his Post Graduate Diploma in Yoga Science and Human Consciousness from Haridwar, following which he gained his initial experience in India as a professional trainer and therapist. He then moved to Dubai, United Arab Emirates (UAE), where he founded Lifestyle Yoga, as a leading brand offering a fusion of ancient and modern Yoga practices across several locations in Dubai. 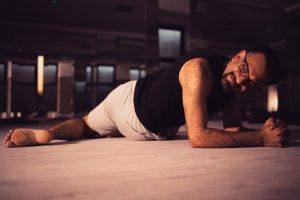 With his studios running like a smooth yoga practice, Sumit relocated to London, joining the BYL teaching team, where our yogis have been raving about his awesome classes and benefiting from his deep knowledge!

If you’re looking to take your practice up a notch or two and have fun in the process, come experience a superb Hot Power Flow class and Yin Yoga with this highly experienced, and immensely knowledgeable teacher!